So anyways, started the job this morning and I got a lunch break, sitting in the parking lot eating yet another McD's salad. This is the most boring job ever. I'm afraid to play solitare and get caught, but they leave me at the front desk with nothing to do but answer one phone call an hour. I've had a little paperwork to file but thats it. The girls seem much more relaxed than when I came in for the interview. They were all business like before but this morning they're talking about ladies night out tonight and what they're doing this weekend for Memorial Day. Oh and they told me I get paid for it too LOL. I get my first check a week from tomorrow and I've been budgeting my savings but with a week to go, I hope I make it.
Posted by Moxy Rocks at 1:04 PM No comments:

The Party is Over

Gawd I had so much fun on my trip. Although some of it was a blur because I drank too much Saturday night, met so many people that I can't remember their names, and ate so much! We cooked out on the balcony of my friends sisters apartment and she had so many people over. Theres always one person at every party who goes too far, ends up drinking too much and barfing. There was one guy who had his friends keep walking him to the bathroom and he would come back out and drink more. I tried not to stand too close to him.. echh. We totally trashed her place, so we spent most of Sunday cleaning.

Speaking of cleaning, this van needs help. Looks like nice enough weather that I'll be spending some time this morning wiping it down inside and out. I missed the finale of Desperate Housewives last night so I'm hoping to find the full episode online. I really want to know what happened. Lots to catch up on and get back to real life. And yes, Desperate Housewives is part of my real life!

I also need to do some more brainstorming about money. This job I start Thursday won't pay me enough to get ahead very fast, and I don't want to be in this van all summer. It's gonna get hot. I'm off now, grabbing my trusty wet-wipes and garbage bags. Gotta make my little castle on wheels sparkle.
Posted by Moxy Rocks at 9:20 AM 4 comments:

So whats up with BlogCatalog? They denied me twice, and stopped sending me traffic. I have no nudity, no harsh curse words, so what the fuck chuck? Ok maybe a little, but I really don't swear often.

I went to hang out with one of my girlies this afternoon. She called and told me she heard whats going on with "Foxy Moxy". Thats what one of the DJ's always calls me. So we hung out for a bit, and she tells me she wants to go to New York for the weekend, and since I have nothing planned and don't start my new job until Thursday, I said I'd go! She's paying for gas, and we will be staying at her sisters place. Vacation! So I wont be posting every 3 hours over the weekend, but I may come on to check things out, cause this is like my new home. It's fun to air my laundry here, instead of whining to people I know. You guys can take it can't ya? I'm really looking forward to this, because it gets a little boring in a 6 foot wide metal box.

Anyways, today for some reason I had alot of guys checking me out. I really wanted to ask any of them if they are rich. Probably a bad line when meeting a guy for the first time, but it couldnt hurt to ask. But I just kept my mouth shut except for saying "thanks" when they held the door for me. I think the people at the gym have noticed a few times I go in, shower, and leave. Maybe thats what they were looking at, tring to figure out what my deal is. I'll just tell them my hot water heater blew up and I don't want to take a cold shower at "home".
Posted by Moxy Rocks at 3:43 PM 4 comments:

So the last few days I've been surfing around reading what others have to say.. I'm shocked by the number of people that are making money online, or atleast trying to. Here I am getting ready to go into a job that I really don't want, but need. I figure I'll have some free time on my hands even with the job, since I don't have an apartment to clean. I wonder if it would be worth my while to dig around more and see what ideas would fit me, as far as making some extra income after work.

If anyone of my few readers have tried something and made any amount of money online, please do share! I'm not talking some executive with $1,000 to start, I'm talking a stay at home mom trying to make some extra income or some dude who's too lazy to do much work and likes to get up at noon and sit in his underwear scratching who knows what. I'm not interested in get rich quick schemes... those I can find anywhere and everywhere.

Tell me about your experience with Google AdSense, ebay, or your own website sales. Better yet, tell me where I can find a rich good looking doctor who likes to spoil women.
Posted by Moxy Rocks at 9:26 AM 4 comments:

Don't ask for a face 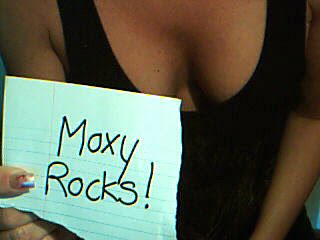 Posted by Moxy Rocks at 4:05 PM No comments:

So I'm enjoying my wonderful breakfast of crackers, warm grapes and lemonade. Minding my own business in the back of my van. Got my curtains open and a window cracked for some fresh morning air. Still too chilly to open them up all the way. I see my friend let her dogs out to do their thing. Why is it that dogs pee in like 4 different places? And why do they have to sniff the hell out of the spot to find out if it's a good one? What can a dog tell by sniffing something? I'm relaxing and watching my new favorite tv channel "YouTube" and munching a soggy grape, when I smell this horrible gut wrenching fragrance. One of the dogs decided to take a dump not too far from my cracked open window. The breeze must have caught it just right, cause it filled the van in seconds. Lucky me, then I run out quickly and leave the door flung wide open. Now Mr. Doggy has to come see the commotion, and what does he want? My crackers. Guess he is empty now and has room in that gut for more. What does she feed them? Is it a health condition? So I calmly grab one of my last garbage bags, pick it up, and throw it in the trash can. Thank god for Febreeze.
Posted by Moxy Rocks at 8:46 AM No comments:

Well I got to see my show last night, and Jaslene won. Is it me or did the ending seem a bit uneventfull? Usually for the finale I'm sitting on the edge of my seat.

I checked my bank account this morning and the money from my online savings has been transferred, so I will be out shopping today with my check card. I have so many things I need right now. I want to get a decent cooler because the one I have been using was built into the van and doesnt hold much. I also could use some food and batteries, garbage bags, febreeze, and a small fan. Last night got chilly but summer is coming and I don't need to cook myself. Atleast now I'm camping out in a friends yard and not some parking lot so I feel safe enough to keep my windows open some. My friend has been so nice to let me stay at her place, so last night I offered to help her with weeding her yard. She mentioned that was what she had planned today so thats where I'll be. Then it's off to the gym for a workout and shower so I can shop!

If you happen to drive by this blog and want to leave me a comment, please do.. good or bad, as long as it's not too bad.
Posted by Moxy Rocks at 6:32 AM No comments:

Well I met with the woman and she seemed like she had a stick up her ass, but she told me I had the job. I think she was just too bitchy to be bothered with trying to re-hire someone for the position. The pay sucks, and I don't start until Thursday. Thats a week from tomorrow. Atleast I got a job now and the office seems pretty casual.

So tonight is the finale of ANTM (Americas Next Top Model) I'm hoping I can get in the house to watch it on tv. I follow every single episode. It's down to 3 models, Natasha, Renee and Jaslene. If Renee wins I'll be in a rotten mood tomorrow. Sure she's been nice the last few episodes but at the beginning she was really a bitch, and the fight she had with Dionne.. she looked like an idiot.

Now what shall I do for a week? Guess I will be browsing you guys blogs and see what you're all up to. I may have to figure out how this "feed" stuff works. I had a blog a couple years ago, kept it going almost every day for a year until I got harrassed off, never heard of "feed" then.
Posted by Moxy Rocks at 3:25 PM 3 comments:

Since I don't get television I've been killing some time on YouTube. This is an awesome poledancing video I found.

Well I went to the club last night and one of my girlies offered to let me park my van in her yard. She said I was crazy for staying at Walmart. So I hung out for a few hours and followed her back home. She's got alot of property, a husband, and a kid. I have not yet met her husband. I'm parked on the side of the house with an extension cord so I have electricity yay!

I also have a lead on a job. One of the regulars last night said a receptionist just gave her notice and they would be needing to fill it so I have to come to the office today and meet with one of the ladies there to be interviewed. I'm going to hope for the best. I feel so much more stable than I have the last few days. The only problem is getting use to a day job and finding one that pays enough.

Well I'm excited and I can't sleep. The sun is up and the birds are chirping like mad out here. Going to surf around and get some ideas to spruce up my van and make it more homey. I will be in it for atleast a few months I figure. Maybe I will take some pictures for my readers. I will post more after the interview!
Posted by Moxy Rocks at 6:30 AM No comments: 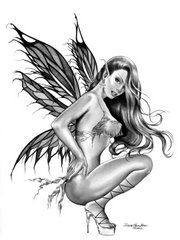